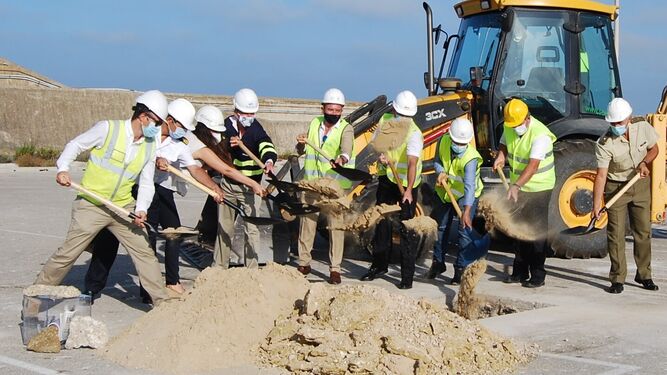 The JV comprised by Navantia and Indra has awarded SEMI the execution of the Ground Systems Integration Center (CIST F110) for the new F-110 frigates, at Naval Station Rota. This building and its equipment is key to the program of the new F-110 frigates, since it allows the integration and testing of sensors in a marine environment with real targets, integrated into a superstructure similar to that of the ship and adapted to its land installation, with the aim of mitigating the risks derived from the development of sensor technology programs, as indicated by Navantia.

The CIST F110 is a demonstrator technology program of the Ministry of Defense, developed by the JV PROTEC 110, constituted by Indra and Navantia. In 2015, the General Directorate of Arming and Material hired the JV Navantia-Indra to define, design and build a center for the integration of Indra’s new sensors, SCOMBA F-110, and the new integrated frigate mast. The SEMI Integrated Projects Division has been selected to run the first Spanish testing center for naval sensors in a real electro-magnetic, optical and environmental environment. With it, Spain will be the fifth country in the world to have such a center, which will allow it to increase its technological sovereignty and be able to build ships equipped with the latest technology.

With this award, SEMI strengthens itself in the execution of defense structures and infrastructures, in military environments and with an RDI component as an added value

ACEPTAR
Aviso de cookies
This site is registered on wpml.org as a development site.